This has been a terrible week for Commercial Spaceflight, often called New Space.

Yesterday was dominated by word of the horrific crash of Virgin Galactic’s SpaceShipTwo. The disaster was reported first on social media and then shortly thereafter in the mainstream media. #SpaceShipTwo became a trending Twitter topic around the world.

I am writing this as we refuel on one of the most difficult trips I have ever had to make. I will be in Mojave soon to join the Virgin Galactic and Scaled Composite teams involved in the SpaceShipTwo flight test program. Mojave is also where I want to be – with the dedicated and hard-working people who are now in shock at this devastating loss.

(Very) early speculation of the disaster’s cause points to a new plastic-based rocket fuel mixture and engine adjustments.

Earlier in the week a commercially-flown Antares rocket exploded just after launch. While the investigation is also underway, it appears as though it was aborted by the Range Safety officer after a major failure was observed. The root cause has not yet been announced.

While no-one was injured or killed, it was a major commercial setback and the estimated loss of the rocket and its cargo was $200,000,000 USD. Shares of rocket company Orbital Sciences Corporation plunged in trading.

Speculation in this case involved decades old rockets although that may well prove untrue.

President Kennedy famously promised to go to the moon “not because it is easy, but because it is hard”. All throughout the week on social media and in interviews leaders of the commercial space industry have echoed that phrase.

The causes of this week’s twin disasters have not yet been determined. It is revealing that in one case it is allegedly the result of new technology, and in the other the result of old technology.

The fact that old and new approaches to rocket flight are still prone to disaster underscores how incredibly dangerous this effort still is. Space exploration is in its infancy. The reliability and routine use we expect from commercial aviation is decades – or even centuries – away from being achieved in spaceflight.

“Space is hard – but worth it. We will persevere and move forward together.”

The same message was sent by Orbital Sciences Corporation when it lost the Antares rocket. This kind of stubborn “true grit” in the face of danger, difficulty, and tragedy has been a notable feature of the space industry throughout its existence. True grit will be needed in the future, when more tragedies inevitably occur.

While reading online discussion boards I was struck by how many commentators feel space exploration and tourism was not worth the risk and effort. As somebody who believes strongly in its goals and importance – as the test pilots, engineers, mission controllers and operators, and company owners all do – I will simply respond to naysayers and pessimists by saying that these enterprises are undertaken by men and women around the world who choose to risk their time, energy, treasure, and lives in this pursuit, as they are free to do.

My thoughts and hopes go out to the the family and friends of the test pilots, that they may get the love and support they need at this time.

I will end with a fitting quote from President George W. Bush, from the memorial service of NASA’s Columbia space shuttle disaster in February 2003:

The loss was sudden and terrible and for their families the grief is heavy. This cause of exploration and discovery is not an option we choose – it is a desire written in the human heart. We are that part of creation which seeks to understand all creation. We find the best among us, send them forth into unmapped darkness and pray they will return. 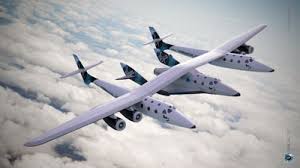