All Hail Canute the Great, King of England, Norway, and Denmark!

Tired of the flattery of his sycophantic courtiers, the king made them bear witness to the actual limits of his power. Standing commandingly on a beach, he ordered the incoming waves to leave him safe and dry:

Yet “continuing to rise as usual [the tide] dashed over his feet and legs without respect to his royal person. Then the king leapt backwards, saying: ‘Let all men know how empty and worthless is the power of kings, for there is none worthy of the name, but He whom heaven, earth, and sea obey by eternal laws.'”

One thousand years later, as we watch our fragile sea-barriers swamped by ceaseless and increasingly powerful waves, we must learn the lesson he taught.

Kings may rise and fall like the tide, but the laws of atmospheric thermodynamics – the study of how heat in the atmosphere changes weather and climate – are eternal. And as Earth’s temperature rises, science predicts that we will get higher storm surges and wilder ocean weather.

Climate change theory predicts the rise of sea levels globally by one to two meters this century. Yet even without this rise, atmospheric warming is already causing an increasing amount of damage to coastal populations.

In the Gaspé Peninsula we just watched a powerful winter storm, with winds over 100km/hour and waves bigger than anyone can remember, flood into the harbours and low-lying areas. L’Anse-au-Griffon harbour, during the storm surge (above), and in the aftermath (below)

In the coastal villages throughout the Peninsula, houses and structures nearest the water sustained damage, and the cost to repair sea walls and boardwalks in some places will be exorbitant – if repair work is even attempted. The harbour and boardwalk in Percé sustained particularly heavy damage.

There are months of winter left. The risk of another big storm remains high.

In our region, the extra heat also means there has been less ice forming on the seashores recently. Without thick ice to absorb the energy of waves, they smash into land at full force.

Older people remember the 1930s and 40s, when all the coastal towns had long stony beaches. In the 1950s, many towns built concrete sea-walls and docks. From that point on, the beaches were rapidly scoured because the incoming waves crash against the concrete, rebounding and scouring sand and stones away from the beach.

Today, there is often nothing between a village and the ocean but a concrete or rock sea-wall. It may look imposing and secure, but it is a brittle defence. Without a long sloping beach to absorb the force of the waves, it is costly to defend against the crashing force of the ocean. Our current coastal construction practices are failing to protect against – and often making worse – the damage done by our changing oceans. Reality is staring us in the face. Do we continue to deny the growing power of the incoming tide?

Or do we heed wise Canute’s lesson, and learn humility in the face of nature? 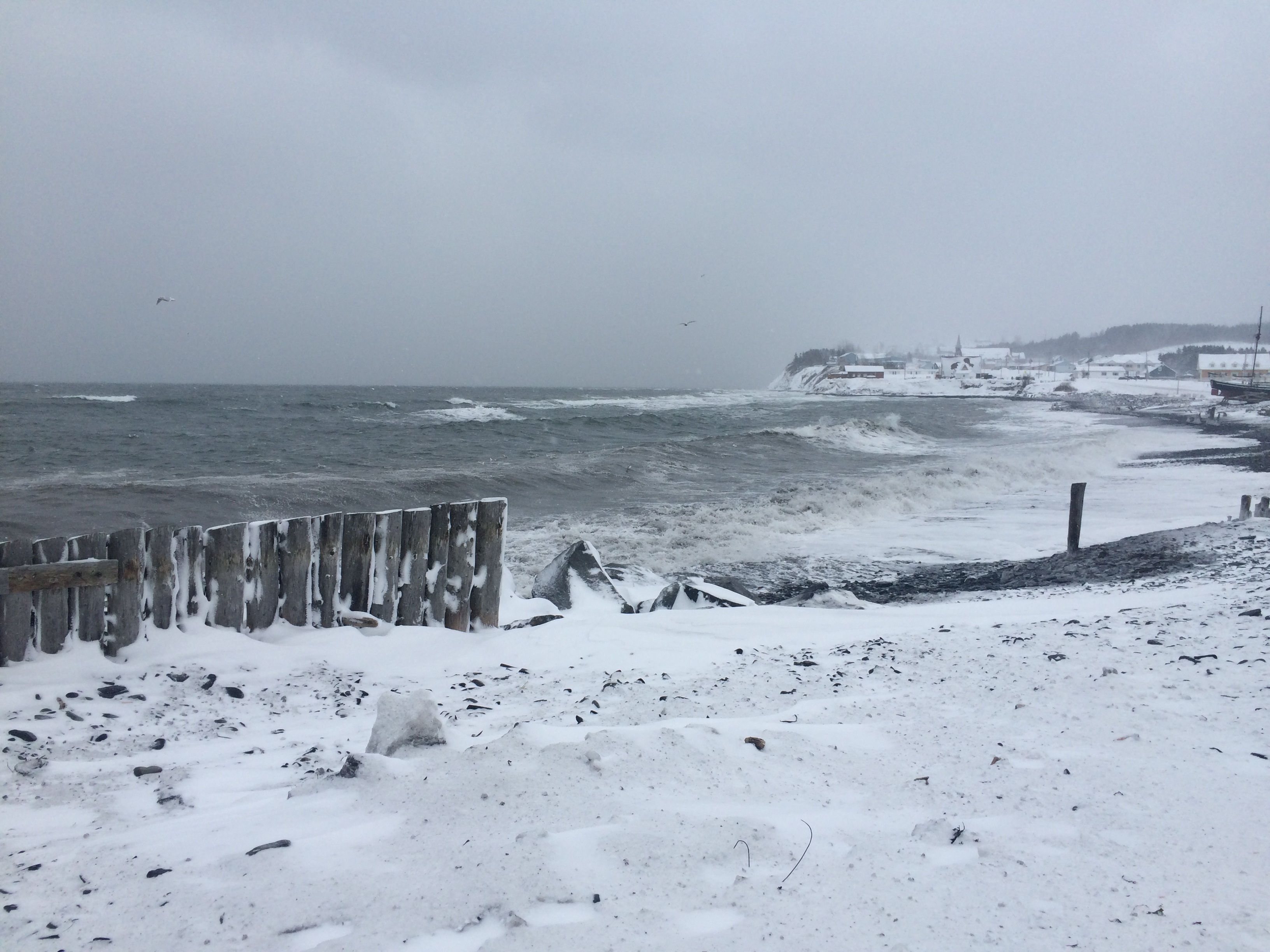