Wealthy doctor, politician, and entrepreneur Mitchell Henry adored his wife Margaret Vaughan. While on honeymoon they visited Connemara, in western Ireland. Utterly charmed by it, they decided to make a home nestled below amidst sweeping vistas of lakes and hills.

And what a home! In 1867 they built a grand custom-built gothic castle and massive walled garden below a soaring escarpment. Kylemore Castle was so opulent that when King Edward was offered the place for sale he claimed it was “too expensive for a king”. Kylemore Abbey and lake, under the escarpment 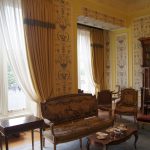 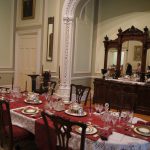 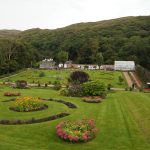 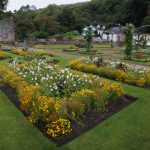 Mitchell and Margaret were very progressive landlords and philanthropists. They paid local workers large salaries to build the castle, which was a life-saver to a population that had been devastated by the recent Potato Famine and a cholera epidemic. They paid for glass windows to be placed in the village houses, as well as wells, telegraph, schools, and post offices to be setup in the villages. An international girl’s boarding school was also established and local girls were educated alongside wealthy foreign students.

Technology was also introduced to the area by the innovative couple. A model farm was created to provide a training ground for farmers and they were able to experiment with farming practices and so increase their yields. The castle was located directly below a mountain lake (called a “lough”) and a system of pipes brought water down under great pressure and was used to create electricity which made the windows of the castle shine out over the countryside, to the local’s amazement.

Their time together at the castle was by all accounts idyllic. But tragedy struck in 1874 when Margaret died from dysentery while the family holidayed in Egypt. She left behind her devastated husband and their nine children.

To honour her memory and their love, Mitchell resolved to build a church as grand as cathedral, which was completed in 1881.

The cathedral has a very feminine, peaceful aspect. The interior is sandstone and columns are made from multi-coloured marble from all parts of Ireland. Wooden flooring and pews provide a feeling of warmth. Smiling stone angels and birds decorate the mini-cathedral in place of the traditional grotesque gargoyles. 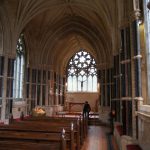 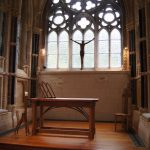 The flooring, pillars, and carvings are warm and inviting 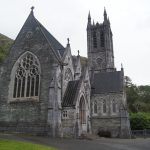 When Mitchell died, his remains were placed next to his beloved Margaret.

Today, the large estate, known as “Kylemore Abbey”, is owned and run by Irish Benedictine nuns and is visited by up to 250,000 tourists a year. It is located near Letterfrack village on the N59, in Connemara Ireland; more information is at www.kylemoreabbey.com. 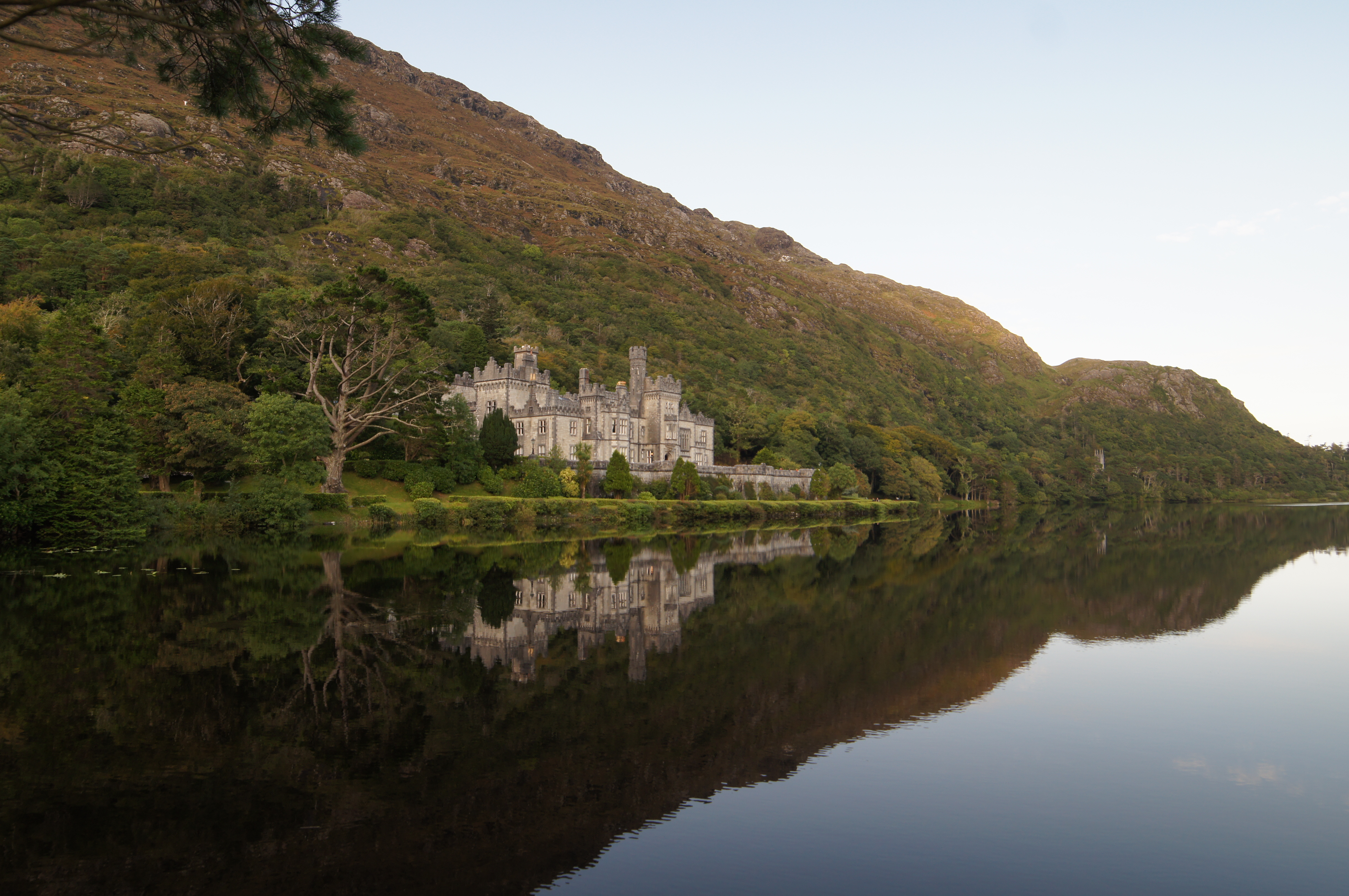